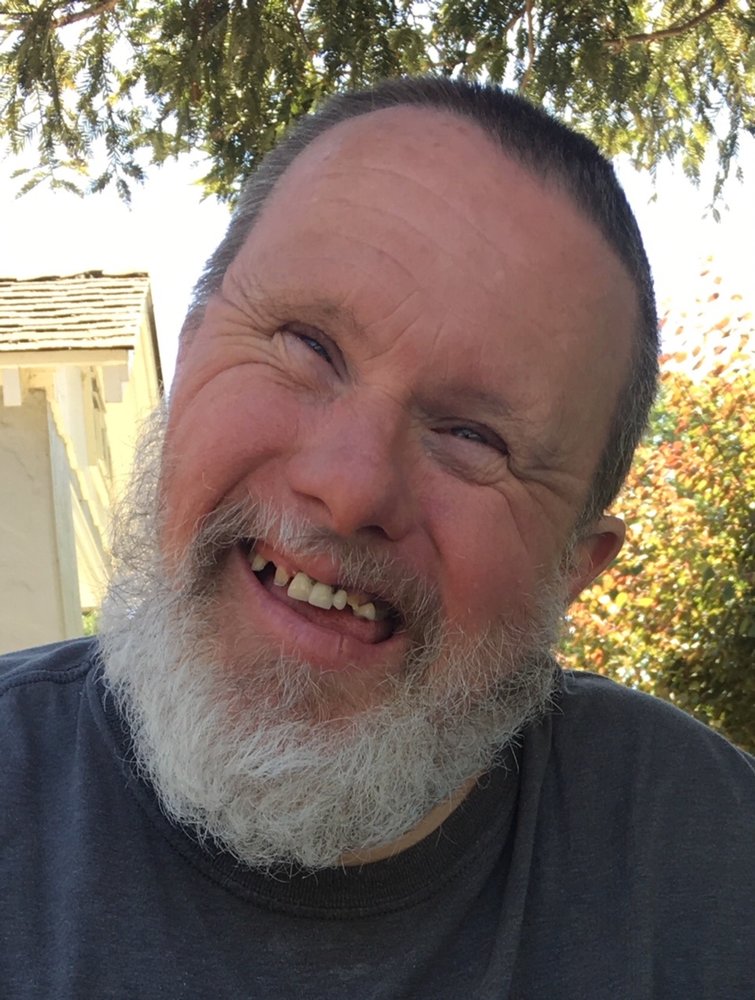 John “Nino” Waldemar Renz, 54 years old, left this world on the evening of November 25th at home in Hollister.

He was born in Gilroy on August 31st, 1965 to Donald and Mary Ellen (Lewis) Renz. The last of seven children he was surrounded by love. And the love was multiplied.

Even in a family of characters John stood out. He managed to charm many friends and relatives from the time he was born. He was kind, considerate and highly intuitive about people’s emotions.  However, one of his nieces has called him, “that rascal, John Renz.” Definitely a rascal.

He was a graceful swimmer and loved music and singing. He sang with his niece by his bedside just days before he was finished with his earthly life. A movie lover he memorized long excerpts of his favorite films. He could play endless card games of War. He had an undying love of hamburgers, chocolate ice cream, and Coca Cola which were all promised and served regularly at home and when he stayed with brothers and sisters.

Born with Down Syndrome John reaped the benefits of progressive thinking and attended school at Gateway in Gilroy. At 22 years old he graduated and went to work at Hope Workshop in Gilroy. He continued to work at Hope in Hollister after moving there in 1999. He retired two and a half years ago.

He will be remembered for his long speeches at big family events where he schooled us and others about the evils of smoking cigarettes and using bad words. Because he learned faster and was better than the rest of us.

He was sent to this earth to teach us how to love. We are blessed.

John was preceded in death by his father, Donald W. Renz and brother-in-law, Alvin E. Hollowwa.

So many people and organizations to acknowledge. We are grateful to all who served John.