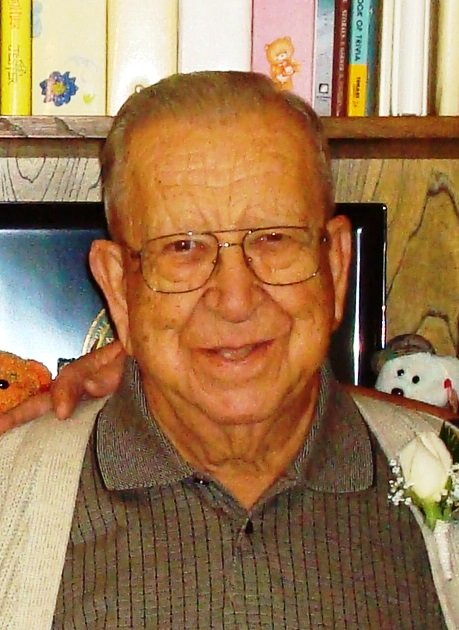 Edward Mauro peacefully passed away in Hollister on March 27, 2019 at the age of 98.

Born in Piane Crati, Calabria, Italy he immigrated to America in 1934 with his family and they made their way to California in 1937. At the age of 15, Ed became a butcher at the California Market. His father Antonio then opened Mauro's Market on 4th Street, where Ed ran the butcher shop. While working in the grocery store, he met Rose and they married on Christmas Day, 1941. Ed and Rose were married for 76 years.

In 1958 he purchased Crowe's Stationery Store, changed the name to Mauro Stationers and eventually had locations in Hollister, Gilroy and Morgan Hill.

He was preceded in death by his wife Rose and his sister Rosemarie (Harper Petersen). He is survived by his sons Anthony (Carol) and Ed (Barbara), 3 granddaughters, Karen Mauro of Connecticut, Joan (Martin King) of Hollister, and Stephanie Mauro of Menifee, CA as well as one great granddaughter Camryn Irao of Hollister. He is also survived by his sisters Ida Horn and Ersilia Sicoli both of Hollister as well as numerous nieces, nephews and cousins.

Ed was a member of several professional organizations through the stationery business as well as a member of the Benevolent and Protective Order of the Elks for more than 50 years. He enjoyed traveling to casinos and other locations with Friends Forever. He loved woodworking in his shop and could build almost anything. He prided himself on the fruits, vegetables and herbs he grew in his garden, which he happily shared with his family and friends.

Services will be Saturday, April 20, 2019 at 11:00 a.m. at 351 Astro Drive, Hollister, with Father Rudy Ruiz officiating, followed by a program provided by the Hollister Elks Lodge #1436. A Celebration of Life will immediately follow. Donations are preferred to the Hazel Hawkins Hospital Foundation or to the Elks National Foundation.

Share Your Memory of
Edward
Upload Your Memory View All Memories
Be the first to upload a memory!