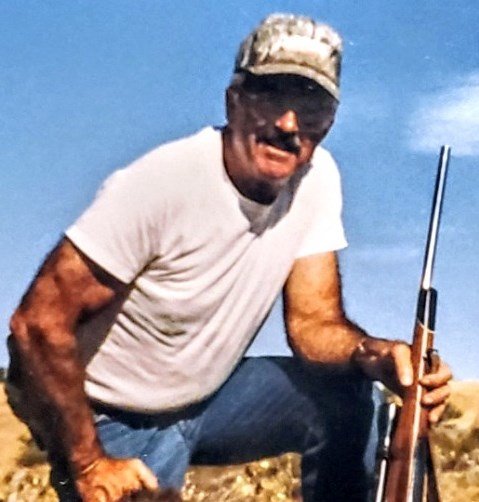 Dean Anthony Rodrigues, a Hollister native, passed away on November 26, 2019 in Sonora, CA after a very courageous battle with cancer. Dean was a good man with a big heart and strong character who enjoyed life and valued those around him.

Dean and his twin sister Deanna were born in 1937 in Gilroy, CA to Alfred and Claire Rodrigues. He was raised in Hollister alongside Deanna and their older brother Ronald. He attended local schools and after graduating from Hollister High School, served in the National Guard. Dean was a hard worker and a perfectionist. Throughout his life he was an accomplished orchardist and rancher. San Benito County Deputy Sheriff, worked for the Hollister District Attorney's Office and a private investigator. He owned and operated a moving company and was later a heavy equipment operator and also owned Dean's Backhoe & Tractor. After living their entire lives in Hollister, a decade ago, he and Susie relocated to Sonora, CA in the beautiful Sierra Foothills.

Dean was a hard worker and always felt he lived a good life. He was also someone you could count on, a good friend. One always knew where they stood with him. Caring and trustworthiness were some of his best qualities in addition to being a loving boyfriend, dad and grandpa. Dean loved animals and the outdoors; he was an avid hunter and fisherman. He loved boating, water skiing, scuba diving, shooting, paragliding, skydiving, snow skiing and watching his grandkids' sporting events. It was a special treat to take his grandsons fishing.

Dean is so deeply loved by his family and close friends and will be missed dearly. HJis smile was fantastic, his wit was quick, and his stories were touching. Many of when he was young and getting into mischief around town. We are very proud of the person he was and his accomplishments. The impact he has made on our lives will remain with us forever.

A Memorial Service will be held on Saturday, December 14th at 11:00 a.m. at Grunnagle-Ament-Nelson Funeral Home.

Donations are preferred to Wounded Warriors c/o the mortuary

Share Your Memory of
Dean
Upload Your Memory View All Memories
Be the first to upload a memory!