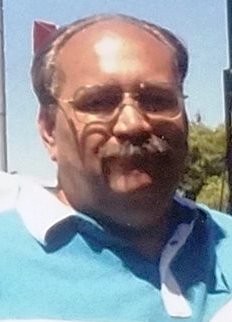 Our Beloved Salvatore Anthony Granata passed away Monday morning October 21st at 1:00 am.  His 8 year battle with cancer is now over, and he is resting in peace.

Sal was born December 30, 1955 to Anthony & Elizabeth Granata of Morgan Hill, to whom he is survived by. As well as his brother Michael (Susie) Granata of Gilroy, his sister Cathy (John) Flowers of Brentwood. His nieces Mindy, Heather, Jeanine and Goddaughter/Niece Alyssa Granata. His great nephews.  His beloved girlfriend Mira Magallan and many other relatives.

Sal was preceded in death by his brother Anthony Granata, his grandparents and numerous aunts and uncles.

Sal grew up in Gilroy, Ca and was surely a man of many trades. He started young, working at the family business, Granata Bakery in Gilroy. He loved to bake and cook, Sal did a lot of catering when he got older. He enjoyed doing events for St. Mary's church and the Elks Lodge.  Sal did not stop there, he then decided to learn electrical work in which he began his own business, Granata Electric. He also joined the I.B.E.W Local 234 where he made many lifetime friendships. It was while doing electrical work that he was diagnosed with his cancer in which he worked until it was too painful. He stopped working and began volunteering his time at St. Francis retreat. Salvatore had a very caring heart, he was patient and enjoyed teaching his trade. Sal gave all he could to so many people, by bake goods, great food, and electricity.

Please join us for a Celebration of Life that will be held on November 9th, 2019 at 12 noon:

A reception will be held at St. Francis Retreat right after the mass celebration.

In lieu of flowers, a monetary donation, in any denomination, to his favorite place, St. Francis retreat in his memory would be greatly appreciated.

Share Your Memory of
Salvatore
Upload Your Memory View All Memories
Be the first to upload a memory!