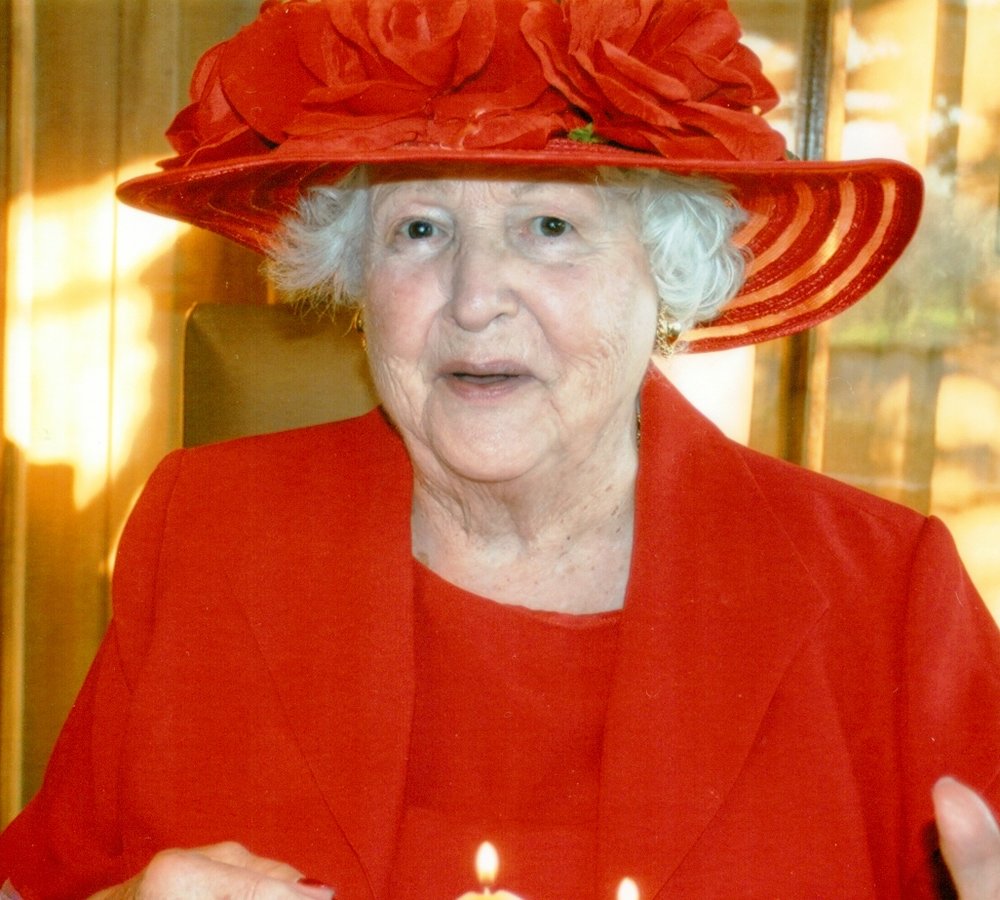 Georgia "Barbara" Higgins went peacefully to the Lord on October 18th, 2019. She left this world with her usual grace and style, surrounded by her loved ones.

Barbara Higgins was born in 1919 in San Francisco to May Lee Stewart where she grew up on the "World Famous" Lombard Street. She graduated from Galileo High School and then attended Stanford University. As a young woman she modeled for many local department stores in the city. Later in life Barbara also worked as an executive secretary for many years.

Above all else, her greatest job and accomplishment in life was her family. In 1946, she married John Francis Higgins in Carmel. Together they raised their family in Fremont before moving to Hollister. The seven children that they raised blessed her with 23 grandchildren, 50 great-grandchildren and 18 great-great grandchildren. Although the family was large, Barbara had a unique and special relationship with each and every one of them.

Barbara would often be found at "Macy's" at the sales rack. She was always in search of her newest hat to add to her extensive collection. She was once told she was one of Macy's oldest and most loyal card holding customers. All that knew her knew of one question that could win over her heart; "Do you want to go to Macy's?"

She made lasting impressions in many lives with her sense of humor and loving personality, making her impossible to forget. Barbara's life was as unique and colorful as her many hats and Halloween costumes. Her legacy will always be her family and she will continue to live on through each and every one of them.

The family would like to express their gratitude to the nurses and staff at Mabie Skilled Nursing Facility-Northside, for their excellent and compassionate care.

A Mass of the Resurrection will be held on Thursday, October 24th at 1:00 p.m. at Immaculate Conception Church, 7290 Airline Hwy., Tres Pinos.

A reception will follow at Immaculate Conception Church Hall. In leiu of flowers, donations may be made to Mabie Skilled Nursing Facility - Patient Activity Fund.

Barbara was always ready to go anywhere. So when she got her last invite on this earth God said,"Are you ready to go?" She asked, "What time?" and grabbed her favorite hat.