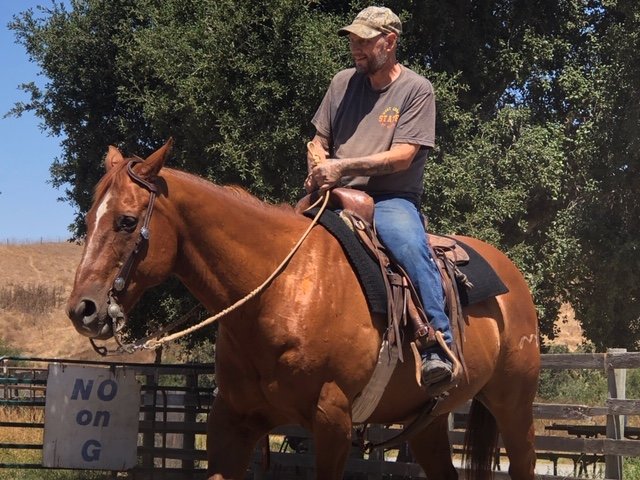 Obituary of John A. Annello

John A. Annello passed away at Hazel Hawkins Hospital after a brief illness on September 26th, 2019 at the age of 55 years.

Survived by father Ron Annello, cousins Kathy Ostoja and Della Martinez of Hollister, and numerous other cousins in Hollister.

John enjoyed attending church every Sunday and was a Member of South Valley Community Church in Hollister, where he was known as “Donut John”. Through his love for the Lord he was baptized in the name of Our Lord Jesus Christ. Pastor Matt was a wonderful mentor to John. He was very influential in teaching John about his Savior. He was at John's side throughout his life in the church and up until his last breath.

Spent the last part of his life living on the Brigantino Ranch which brought him so much joy and love.  Chris and Julie Brigantino and Dave and Dixie Brigantino were very important figures in his life. They took wonderful care of him, loved him, and gave him a place to call home.

Katie Muenzer spent many hours out of love with John teaching him to how to ride a horse which was a dream come true for him. Katie, Seth and their daughters Olivia, Cianna, and Daniela loved John very much and were also very special people in his life.  He always had a smile on his face whenever he spoke of them.

He was known at the Brigantino Ranch as the “Horse Whisperer”.

John had many friends and will be greatly missed.

John is home now with his Lord Jesus Christ.

Donations can be made to Hazel Hawkins Memorial Hospital

Services will be private