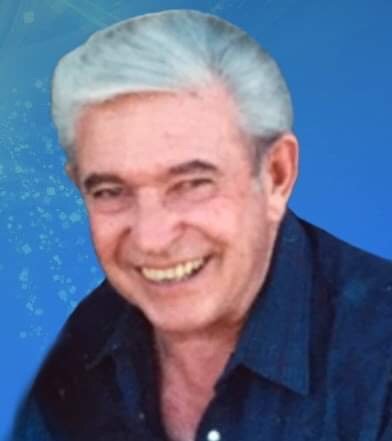 Robert “Bob” Emanuel Russo was born on April 8, 1929 in San Diego, California to Manuel and Alva Russo. He passed away on July 30, 2019 in Monterey, Ca. at the age of 90. Robert was the first child of 2. His brother, Richard, and he were raised on McKee Road in San Jose, Ca. Their father owned and operated a grocery store on the corner of Capitol and Mckee, where both boys worked during their high school years. Robert attended San Jose High School and graduated in 1947. After high school, Robert served in the United States Navy on the USS Carmick DMS-33, during the Korean War. Upon returning home he attended San Jose State University earning a Bachelor of Arts degree. He met and later married Audree Crnich on April 8, 1956 and settled bought their first house in the Almaden area. The couple eventually moved to the San Martin area where he was a schoo lteacher. In the early 1960s, Audree and Bob ran a summer program for youth in San Martin where they were known to the children as Miss Audree and Mr. Bob. Together they raised five children; Rosemarie, Mike, Steve, Rochelle and Mark. Bob was an amazingly gifted piano player and taught his students and children to love music as much as he did. He also loved the outdoors and took students on hiking/camping trips to the Ventana Wilderness. Tennis was a sport that was dear to his heart, he had a wicked left-handed serve. When he wasn’t teaching, Bob worked part time at the San Martin Winery in San Martin and Gilroy. While Bob loved teaching, his job at the winery intrigued him, thus began a career that spanned 50 years in the wine industry. In 1966 the San Martin Winery opened a tasting room in Monterey, Ca. on Wharf #2. Bob was asked to manage the tasting room which led to the family relocating to Pacific Grove. Bobs love of all things wine prompted him to take classes at UC DAVIS and eventually teach Enology classes at Monterey Peninsula College in the 1970s. Bob worked at the Casa de Fruta Wine Tasting Room, The Monterey Vineyard in Gonzales, and Terranova Fine Wines in Monterey well into his 80’s. Robert and Audree divorced in 1976 and remarried in 1980 when the family moved to Hollister. They lived apart but remained best of friends, even exchanging “I Love You’s” on her final day on March 15 of this year. Bob was always a joker, if he wasn’t telling a joke he was pulling a prank on someone. His favorite thing was spending time with his family and creating lasting memories sharing his hobbies, his time, and the places he loved with them. When it came to his children and grandchildren he never missed a sporting event or activity. Bob is preceded in death by his parents and his brother. He is survived by his children; Rosemarie Russo, Monterey, Mike Russo, Santa Rosa, Steve Russo, Medford Oregon, Rochelle Skow (Jerry), Hollister and Mark Russo(Jenni), Seaside, CA. His grandchildren; Jarrod Russo(Jennifer)Pacific Grove, Benjamin Russo(Amanda)Moab Utah, Steven Russo(Ashley)Rogue River, Oregon, Karisa and Kadi Skow, Karli Peret (Jake) all of Hollister, Joshua and Hannah Russo of Seaside, and his great grandchildren; Greysen, Callie, Madalyn, Saffryn, Mathew, Mya, and Riley Russo and Kaylie Peret. A Celebration of Bob’s life will be held on September 14, 2019 from 1 to 5 pm at Whispering Pines Park, 1085 Pacific Street, Monterey, CA. Donations in his memory may be made to a charity of your choice.

Share Your Memory of
Robert
Upload Your Memory View All Memories
Be the first to upload a memory!