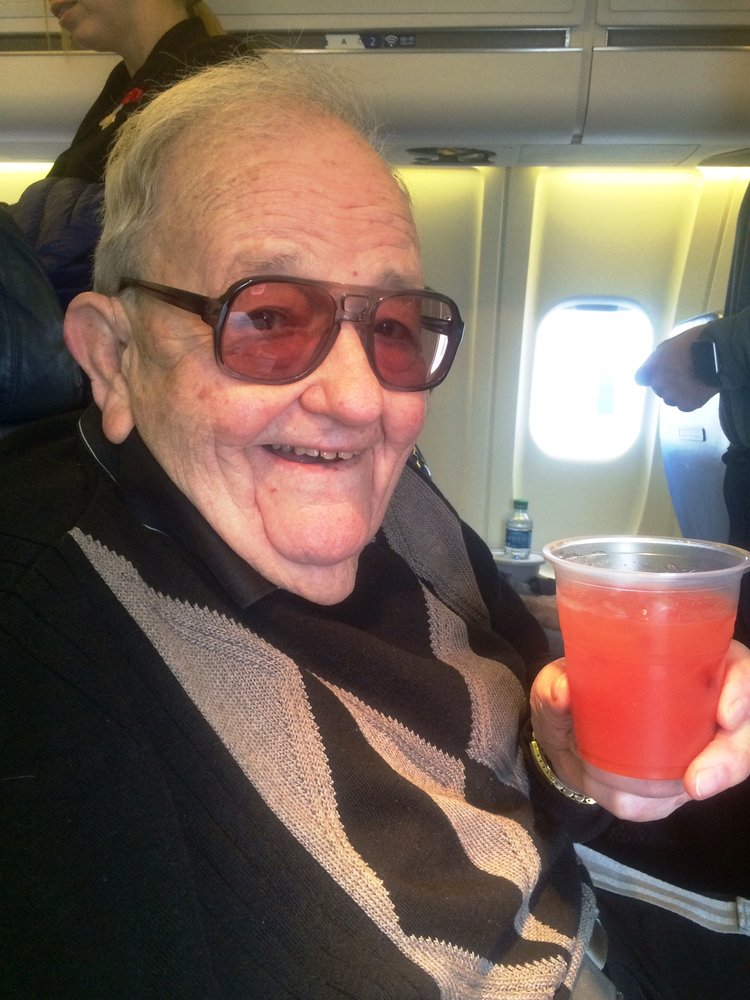 Please arrive 15 minutes early. Jack and Margaret will both be inurned together immediately following the ceremony.

Jack Booth, 88, formerly of Salinas, California and recently residing in Dillon, Montana passed away on Thursday, March 7, 2019.  Jack was born in Kenova, West Virginia to Koka and Susan Booth.  He will be greatly missed.

He grew up in Kenova and graduated from Kenova High School and attended Hartnell College and Marshall University.  Jack enlisted in the US Navy and while stationed at Treasure Island in San Francisco, he met a beautiful young woman, Margaret Hoppe (originally from Casper, WY), at the USO Club at a dance.   In 1954, he and Margaret became husband & wife, married in San Francisco and honeymooned in Carmel, CA – vowing to someday return to live.

After working several more years for the country as part of the space/missile program in 1950’s in Florida, the couple and their newborn son, Tom, returned to California and finally to the Monterey Peninsula just after the birth of their daughter Jerri. The family thrived in Salinas/Monterey area for over 40 years.

Jack started his career in the aerospace industry after his discharge from the Navy, working for companies that supported both military and what eventually became NASA.  He made a bold career change in the early 70’s and worked in real estate loans before getting his Real Estate Broker’s license and opening his own office, Jack Booth Realtors, which he maintained until his retirement and then move to Montana.

Jack’s loved a party and was known by friends by his ability to pull together a group for a good time.  Affectionately called “The Party Animal of Corral Oaks” by his friends and neighbors, Jack was proud of that distinction.  Together with Margaret, they organized many neighborhood gatherings.  He was known to be heard saying, “Parties are fun…why don’t you have one?!”.

Young Jack earned his Eagle Scout, the highest rank attainable as a Boy Scouts of America, a life achievement of which he was extremely proud.  As such, he gave back to Scouting by serving on the board of the Monterey Bay Council of Boy Scouts.  Jack was also an avid golfer in his day and enjoyed his memberships at both Salinas Golf and Country Club and Corral de Tierra.  During those times he was a strong supporter of the clubs’ Jr. Golf programs.  He was also a founding member of Northminster United Presbyterian Church in Salinas, CA and was pleased to watch as his signature on the mortgage burned at a celebration several years ago.

Jack was proceeded in death by his loving wife, Margaret, his Father and Mother, Koka (Sr.) and Susan Booth, his older brothers George, Howard and J.D as well as three infant sisters.   He is survived by his younger brother Koka (II) and his wife Blanche (Cary, NC); son, Tom and his wife Nancy (Discovery Bay, CA); daughter, Jerri and her husband Rich Champlin (Dillon, MT); as well as many caring relatives and countless friends.

The family would like to express our sincere thanks for all of those physicians, nurses and myriad of other caregivers that have given, with unfailing kindness, so generously in Jack’s care late in life.  Without you, we would never have been able to maintain our day to day endeavors and still support and enjoy Dad’s quest to maintain his dignity and quality of life in his sunset years.  The people of Dillon welcomed Jack and Margaret with open arms with the typical Dillon hospitality and for that we are truly grateful.  Our most sincere thanks to Dr. Anna Loge and her amazing team for the kindness and care that Jack and Margaret received.

In lieu of flowers, please donate to the Salvation Army, the Boy Scouts of America or a local pet shelter of your choice in Jack’s name.

Share Your Memory of
Jack
Upload Your Memory View All Memories
Be the first to upload a memory!