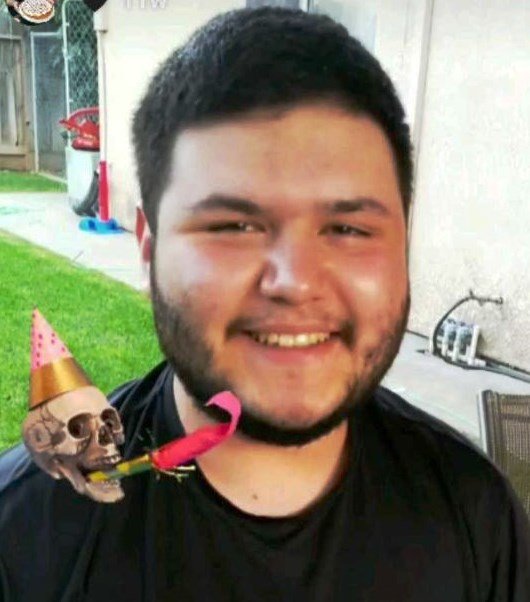 John Paul attended school in Modesto and graduated from Enoch High School in 2014, where he was a member of the football and baseball team. He studied Kung Fu at the Kung Fu Institute under Sifu Thomas. He then attended UTI in Sacramento where he graduated with honors in 2016, under both their diesel and Nissan/ Infiniti programs.

John Paul was an avid online gamer and was also very passionate about his race cars and drifting. He designed, built, and drove many different race cars as well as designing and building individual parts His most recent cars, the Toyota Supra MKIV and Infinity G35 with a 2JZGTE swap, were his pride and joy. John Paul also enjoyed building light sabers, camping and playing air soft or paint ball with his friends, and cooking. His connection with his family was extremely important to him.

John Paul is survived by his parents, Robert John Blackstar and Maria Elena Castillo, and his step-mother, Carlin Blackstar. He is also survived by his grandparents, aunts, uncles, and cousins who all loved him dearly.

John Paul's cremation and memorial arrangements are being handled by Grunnagle Funeral Home in Hollister. A celebration of his life will be held Saturday, November 2nd from 1 to 3 pm. The family asks that in place of flowers a donation be made to help complete John Paul's final race car. Facebook users can access the fund raising site at https://www.facebook.com/donate/479420819356051/  or envelopes are available at Grunnagle Funeral Home and can be handed to his father, Robert John Blackstar, who will  be finishing working on the car with the help of JP's co-workers and Daniel from SSWorx, or to his paternal grandmother Barbara R. Lopez.

John Paul will be remembered for his charming personality, his quicksilver wit, and his welcoming smile. It was a privilege to have you in our lives and we love you always and forever.