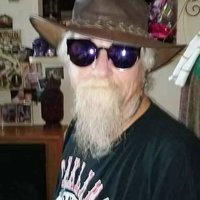 Mike Bennett, beloved brother, cousin, and friend to countless others, passed away unexpectedly at his Hollister, Ca residence on Tuesday, September 8, 2020 at the age of 57. He leaves behind his sister Maureen Turfrey, brother Matthew Bennett, and many cousins. Mike loved his family and friends with a passion. He also loved getting tattoos, and was proud to share pictures of any new ink. He had a fondness for the character Sponge Bob, for bowling, BBQing, red velvet cake, and for motorcycles. In fact, it was Mike who taught his younger sister Maureen how to ride. Mike was a hard worker; he had many jobs during his life. He was a clerk at a yard and feed shop early on, and then moved to a job at AllPak. He married his first wife Kristin, and resided in Palo Alto. He moved with a friend to Redding and never looked back. He loved being by Shasta and all the outdoors had to offer. He went between Anderson and Redding. He married his second wife Teresa, and settled down in Redding. He was working as a stocker at Walmart when his lungs started failing him. It was discovered that Mike had COPD, and had been dealing with this medical condition for approximately the past seven years or so of his life. He then made a huge change. Mike moved to Hollister to live with his good friend Elaine, and her dad George – life was great. His breathing was so improved that he rarely needed his inhaler. When his hips decided they were done, he had them both replaced, and was ready for a new lease on life. Then his lungs started acting up again over the summer of 2020. Mike was hospitalized a few times, but on that Tuesday morning in September, his body said no more. Thank you to all the medical staff that worked on my brother either in Redding, or Hollister. Thank you to all the friends and family that may have helped Mike over the years. Many thanks to George Saba, and his daughter Elaine; for giving Mike a stable home for the last year of his life. Mike touched many lives in one way or another. He is no longer struggling to breathe and his spirit is free. Services will be private.