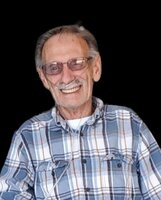 Herchel Franklin Shaffer, Jr., known by friends and loved ones as Frank, passed away on June 30, 2022 in Hollister, California at the age of 76. Frank was a devoted husband, loving father and grandfather and a hardworking provider. Those close to Frank will remember him for his love of airplanes and motorcycles, his dedication to his family and friends, and his love of pets. He will also be remembered as the man with “that laugh” - wonderfully loud and forever contagious. Frank was born on April 22, 1946 in Jasper, Alabama. He was one of nine children. As a child, Frank moved with his family to Watsonville, California, and graduated from Watsonville High School. In 1963, he joined the United States Army and while stationed in St. Louis, Missouri, he earned his marksmanship badge. During the latter part of his service, Frank was stationed in Germany where he served as an aircraft mechanic. His lifelong enthusiasm and love for airplanes grew from this time of service. In 1967, he met his love, Carolyn Ann Colbert, they were married soon after in September 1968. Frank and Carol moved to Gilroy, California in 1975 where they raised their three children. Frank worked as an auto body repairman for over 40 years and he was admired and respected for his skill and expertise. Frank’s hobbies included camping and boating at Clear Lake with his family - he was known to throw a mean “rooster tail” slalom skiing across the lake. Frank was also an active member of the Gilroy Flying Club. Later in life, he and Carol relocated to Los Banos, California where they purchased their home and enjoyed gardening together. Frank continued to enjoy flying his hobby planes with friends. In his golden years, Frank lived in Hollister to be near his children and grandchildren. Throughout his life, Frank was an avid aircraft hobbyist. His love of airplanes was clear to all who knew him. Over the years, he earned many awards for building and flying his hobby planes and his garage was home to dozens of impressive RC aircraft. Frank also loved riding his motorcycle, together he and Carol enjoyed many scenic rides with his motorcycle club. Frank also enjoyed reading, was a big sci-fi movie fan and loved his pets. He was never far away from a loving wagging-tail for very long. Frank is survived by his children, Douglas Shaffer (Lynn), Stacey Shaffer, (Michelle), and Frank Shaffer (Janell); Grandchildren, Taylor Jordan Shaffer, Brooke Ashley Shaffer, Degan Robert William Shaffer, Frankie Anna-Lynn Shaffer, and Austin Steven Williams; Siblings, Betty Hughes, Francis Coughlin (Tom), Sharon Sue, Jackie Carradine, Paul Shaffer (Sylvia), and David Shaffer (Lillie ). Several nieces and nephews. Frank is preceded in death by his wife, Carolyn Shaffer, his brother, Gerald, and sisters, Mary Louise Pritchard, Annie May Blackwell, and his parents, Herchel Franklin Sr. and Alice May. An interment, with honors, will take place at the San Joaquin Valley National Veteran’s Cemetery in Santa Nella, California on August 4, 2022 @ 2:00 A celebration of life will be held at a later date.